In the late spring of 1922, a British Himalayan expedition, led by legendary mountaineer George Leigh Mallory, discovered the plant on a failed attempt to reach the summit of the then-unconquered Mount Everest. During the 1924 British Mount Everest expedition, Mallory and his climbing partner Andrew “Sandy” Irvine both disappeared on the North-East ridge during their attempt to make the first ascent of the world’s highest mountain. Mallory’s ultimate fate was unknown for 75 years, until his body was discovered on 1 May 1999 by an expedition that had set out to search for the climbers’ remains. 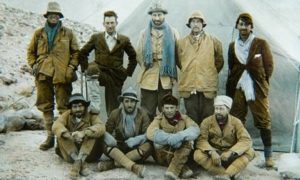