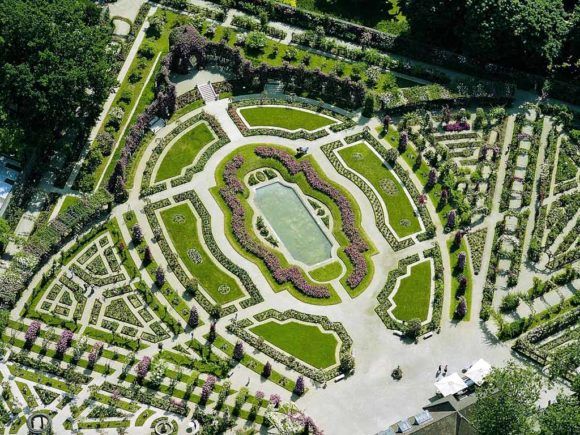 Just south of Paris is the La Roseraie du Val-de-Marne, the famous garden created over a century ago by Jules Gravereaux, famous rosarian (an expert cultivator of roses). The initial garden collection began with 1600 roses and an overall classic French formal garden design by Édouard François André. The garden reached peak capacity at 8000 roses in 1910, with every type known at the time.

Gravereaux first became interested in roses while on textile buying trips while working for Le Bon Marche, the first modern department store founded in Paris in 1852.  In his garden, Gravereaux hybridized his own roses and made his own rose oil for perfume.