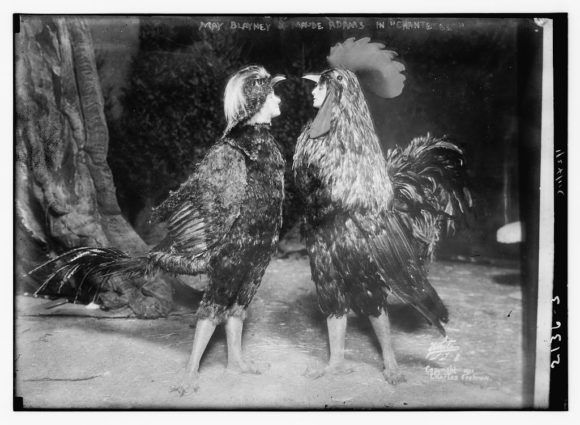 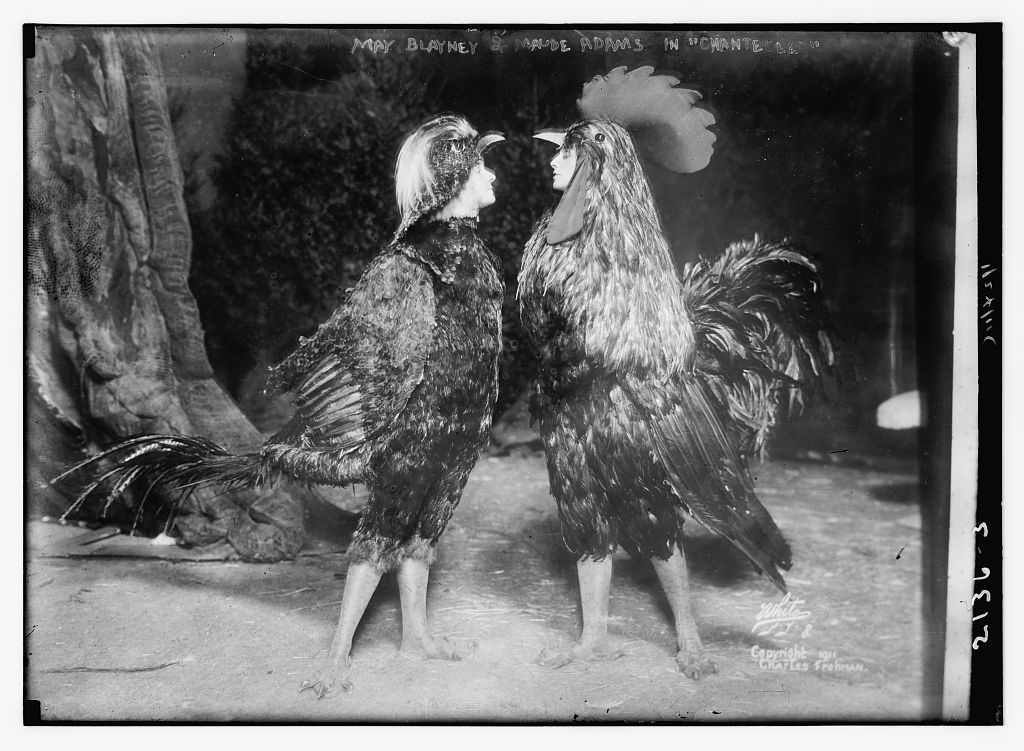 In the winter of 1910, the theatre box office sold 3000 tickets in the first 3 hours of sales for the Broadway debut, Chantecler. Audiences were flocking to see Maude Adams, America’s most popular actress of the time. Chantecler, a barnyard rooster, was originally intended for a male actor. The character is a strutting rooster, convinced that his crowing causes the dawn to break each day. Adam’s longtime producer had seen the show in France, and promptly bought the rights to bring it to America, knowing that Adams was right for the part. The show was a financial success. Critics, however, seemed to hate that the part of Chantecler was played by a woman. One reviewer wrote “The actress was charming and delightful as Maude Adams, but never for a single moment was she Chantecler. She did not even give the remotest suggestion of the character—no woman could.” The role was Adams’ favorite of all her roles, as she told a friend later in life that “Of all the plays that were trusted to my care, I loved Chantecler best, and then came Peter Pan.”