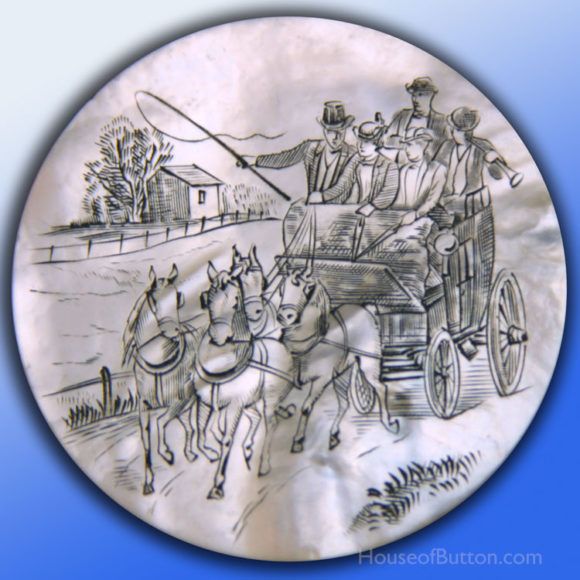 A large and exquisite engraved pearl from the early part of the 19th century. The detailed scene, enhanced with dark pigment, is on a thick and highly iridescent pearl disk and shows a coachman and four passengers atop a coach pulled by four high stepping horses. Coaching was a popular English gentleman’s sport of the time and the coachmen were said to have worn these large pearl buttons on the capes of their uniforms. This large 1 3/4″ button sold for $825 in our Autumn 2011 Armchair Auction.